At GALDA, we don't like to bash medical providers but there is so much potentially harmful, misleading information in the article, Monitor Board of Contributors: Know your biting bugs (and how to protect from them)! published online this week by the Concord Monitor, we feel compelled to warn the public.  It's quite troubling that the article, full of inaccuracies, was written by a pediatrician and president of Concord Pediatrics.

The article is linked here:  http://www.concordmonitor.com/home/12852697-95/monitor-board-of-contributors-know-your-biting-bugs-and-how-to-protect-from-them

In the piece, Dr. Patricia Edwards advises readers not to worry about wood ticks or dog ticks claiming these are "only annoying."  It's hard to imagine that this physician has never heard of the potentially fatal Spotted Fever Rickettsiosis and the other serious diseases spread by different tick species (including the "dog ticks" she mentions).  Isn't she aware that tick-borne disease science is constantly evolving and that an alarming number of pathogens have been discovered in ticks in recent decades? In fact, even Borrelia burgdorferi (Bb) - the organism that causes Lyme disease – has been documented in other tick species including dog ticks and lone star ticks.  Research shows that the transmission of Lyme disease appears to depend upon the host, meaning we cannot rule out transmission to humans by other tick species.  People should never be advised to be dismissive about a tick bite due to the type of tick removed.

Next, Dr. Edwards should know, Ixodes scapularis ("deer ticks") do not get big enough to see "within hours."   Typically, engorgement happens rather gradually as they feed over several days. 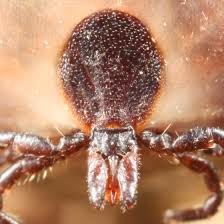 The doctor also writes that a tick must be attached for at least 36 hours to transmit Lyme disease (LD). Though this is often touted by many, it's not necessarily true, as demonstrated in studies published long ago.  Some studies suggested that ticks may sometimes transmit LD in less than 12 hours.  In addition, some tick-borne diseases, such as Rocky Mountain Spotted Fever (RMSF), are known to be transmitted in only a few hours.  RMSF and other tick-borne infections may prove quickly fatal.

Readers must be advised to seek immediate medical attention should symptoms develop following any tick bite, no matter how long the tick may have been attached.  Medical providers must remember these other diseases may be transmitted more quickly and by various species of ticks.  Early diagnosis and treatment can mean the difference between life and death.

Dr. Edwards advises removing a tick with your fingers.  NEVER, EVER do this. (Proper tick removal instructions appear at the bottom of this article.)

Ticks may have infectious secretions that shouldn't be touched with bare hands.   In fact, Borrelia burgdorferi has been documented in tick saliva and, more recently, in tick excrement. See article linked here:

Dr. Edwards mentioned prophylactic treatment after a tick bite, but be careful.  A one or two dose Doxycycline regimen is often recommended by the IDSA as a "prophylactic treatment" to prevent Lyme disease, however, this treatment has not been proven to be effective and is highly controversial.  This may prevent a rash from forming, but may not stop the actual infection.  Plus, a recent CDC study proved that trying to prevent Lyme disease by taking 1-2 Doxycycline doses is a really bad idea.  Here's the link:

(As an aside, another serious concern about the 1-2 dose Doxycycline regimen is that taking too little of an antibiotic during the early stages of infection may stop antibodies from forming against the Lyme bacteria, thereby causing a person to test negative by antibody test, even if they are still infected.  This may create a diagnostic nightmare!  This phenomenon has been documented in early syphilis as well as in early Borreliosis cases.)

Finally, Dr. Edwards writes that "prolonged treatment with antibiotics is not indicated and can often be dangerous.”  She fails to mention that one clinical trial clearly showed patients improved when they were treated with longer courses of antibiotics.  She doesn't share that there is no study that has ever proved that a few weeks of antibiotics cures Lyme disease.  She doesn't note that many infectious diseases (including Tuberculosis and Lyme's spirochetal cousin Syphilis) often require longer courses of antibiotic treatment nor that acne patients are treated with Doxycycline for months to years, with few problems.

The article doesn't compare the true risks: the danger of longer antibiotic therapy vs. the danger of allowing a serious infectious disease to destroy a human body, a human life.  Dr. Edwards fails to disclose that scientists and medical providers are at odds about the treatment of Lyme disease and that thousands of Lyme patients (and their physicians) report that they have greatly improved with much longer courses of antibiotics instead of the short courses currently recommended by the IDSA.  (The three "longer treatment" clinical trials, by the way, did not examine treatment that lasted very long.  Some patients report it takes many months to even years before they really get better.  New clinical trials need to examine more lengthy treatment in Lyme disease, especially since it's accepted that other diseases may require such treatment.)

Again, the science is emerging. Treatment is a very controversial subject. This, at least, should have been highlighted by the writer.

GALDA implores medical professionals:  Because so many people are exposed to tick bites regularly and we're learning these arachnids can carry some really nasty bugs, we urge you to educate yourself on an ongoing  basis about ticks and the diseases they carry.  It's important to read all of the science, not just that cherry-picked by IDSA and CDC.  (It's surprising to see the amount of contradicting published literature available that is routinely ignored.)  Don't just visit your old "standby" websites, but sites like the International Lyme and Associated Diseases Society, as well (www.ILADS.org).  And investigate for yourself, here's a link to several great Lyme disease medical literature bibliographies to help you get started.

But please, for the sake of your patients, learn all that you can.  Your patients need and deserve a super-educated YOU.

Proper tick removal:  DO NOT TOUCH TICKS WITH BARE FINGERS.  And, try not to leave the head in.  Both before and after their use, sterilize fine-nosed tweezers to remove an attached tick.  Grasp the tick with the tweezers as close to the skin as possible.  Then, pull straight out.  Avoid touching the tick’s body, especially avoid crushing it during removal.  Never twist, turn, burn or apply substances to the tick - these things may cause the tick to regurgitate its stomach contents (Lyme bacteria, etc.) into your skin.  Watch for any signs and symptoms following any tick bite and seek immediate medical care should symptoms develop.

Lyme Disease Tests: How reliable is the C6 ELISA?

What's in your wallet?

It's a catchy line from Capital One's popular advertising campaign.  But, instead of inquiring about his wallet, you may seriously want to ask your doctor,

"What's in your laboratory's 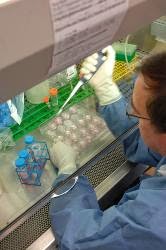 Recent news articles have described the C6 ELISA as a preferable Lyme disease test.  It's still recommended by some at the IDSA as a possible one-step test to detect Lyme disease in humans. It's suggested by others as a "sensitive" screening tool, to be ordered prior to a western blot. In addition, a C6 SNAP test is used by many veterinarians to test dogs and other animals for Lyme Borreliosis.  But, is the C6 actually reliable?

After reviewing the published literature, GALDA gives the C6 a big... 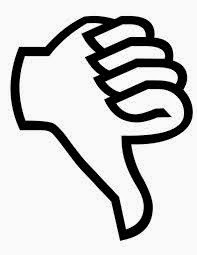 In 2011, the National Institutes of Health's Dr. Peter Burbelo and his colleagues wrote:

Recently, the C6 SNAP test has been used for the serological diagnosis of equine Lyme disease.  Unfortunately, Chang and colleagues found that the C6 SNAP test detected only 63% of known, experimentally B. burgdorferi-infected horses, suggesting that this test is suboptimal for the diagnosis of equine infection. In light of the poor sensitivity of the currently available C6 SNAP test, a better understanding of humoral responses in B. burgdorferi-infected horses is needed.(1)

A previous study using the SNAP C6 test with experimental animals showed 65% sensitivity in detecting B. burgdorferi-infected horses and ponies and matched quite well with our C6-based VOVO test showing 72% sensitivity. (1)

Another study revealing the insensitivity of the C6 was published in 2012.  Lyme-infected monkeys with confirmed evidence of persistent infection were tested over time using the C6 ELISA.  The test missed the disease in 50% of the animals. (2)

Worse still, this is nothing new. Dr. Ed Masters explored using the C6 ELISA years ago to test his human Missouri Lyme disease patients.  The C6 only detected 7/91 cases, with an additional 6 that were "probable positives."

Other studies describe the unreliability of the C6 ELISA, as well.

Okay, let's think this through:

- Positive cases of Lyme disease detected in dogs using the SNAP C6 ELISA are reported on the IDEXX "Dogs and Ticks.com" website.  There are some cases but not a huge percentage reported from the southern USA.

- Chang's work showed that the C6 missed 37% of the horses infected, Embers' work showed the C6 missed 50% of monkeys with persistent infection.  And this was in trying to detect one Lyme bacterial species, Borrelia burgdorferi sensu stricto (Bbss). But the C6 is still used quite often in vets' offices to test dogs.

- The C6 only detected 7 out of 91 (8%) Missouri Lyme disease cases - cases most likely vectored by the lone star tick since "deer ticks" were said to be rare to nonexistent in Missouri at that time.  As Dr. Ed Masters noted in another paper, the whole cell sonicated ELISA detected the greatest number of Lyme cases among his patients, though it was still far from foolproof.

What does it all mean?

Most importantly, what about people infected with other Lyme Borrelia species and strains that the C6 and other Lyme disease tests are not designed to detect?

Buyer beware: there is still no test that can rule out Lyme disease. While the test might be useful sometimes, negative results obtained by using the C6 ELISA cannot be trusted. This may be particularly true in areas where the lone star tick is prevalent and/or so many other species and strains of Lyme Borrelia are known to exist.

So, really...ask your doctors...What's in your laboratory's Lyme disease test  kit?  Is it a C6 ELISA, a FLA-based ELISA, a whole cell sonicated ELISA?  Do you know what studies show about the sensitivity of each one?  And what do they show about the reliability of western blots and PCR used in testing for Lyme disease?  Because, all of this should matter to doctors who truly care about their patients, especially when so many people may be suffering from an undiagnosed, treatable bacterial infection.