Spreading Awareness in a Big Way 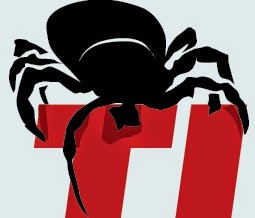 Geographically, it's the largest Lyme Disease Prevention Billboard Campaign in the world, reaching millions of people.

Atlanta's metropolitan area is the ninth largest in the country, boasting a population of 5,457,831. GALDA's 2013 metro Atlanta billboard campaign was so successful, we thought we'd do it again, thanks to our partners at CBS Outdoor who truly care about the health of Georgia citizens.

Here's a shot of just one of several Georgia Lyme Disease Association billboards and digital posters that will run from April 28 - June 1 in various locations in and around metro Atlanta.  During Lyme and Tick-Borne Disease Awareness Month, we hope to raise awareness about tick-borne diseases across the southeastern USA. 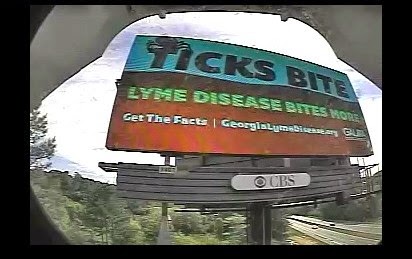 GALDA's ads will also appear all month on the CBS Outdoor Rail Network - the in-car televisions of the Metro Atlanta Rapid Transit Authority (MARTA) which have the ability to reach a captive audience of 5.8 million riders every month!

Here's a short version of GALDA's new ad that MARTA riders will see:

At GALDA and CBS Outdoor, we mean business when we say that we want all citizens to learn to protect themselves from ticks and the diseases they can carry.  Let us know how many of our ads around metro Atlanta you spot this month, Georgia!

Our sincere gratitude goes to CBS Outdoor for partnering with GALDA again this year to promote awareness about tick-borne diseases and their prevention. Special thanks to our clever, hard-working account representative Richard Wallace and to the CBS Outdoor Creative Team headed up by Southeast Hub Creative Director Eddy Herty. Mwah!

One of GALDA's 2013 Atlanta billboards 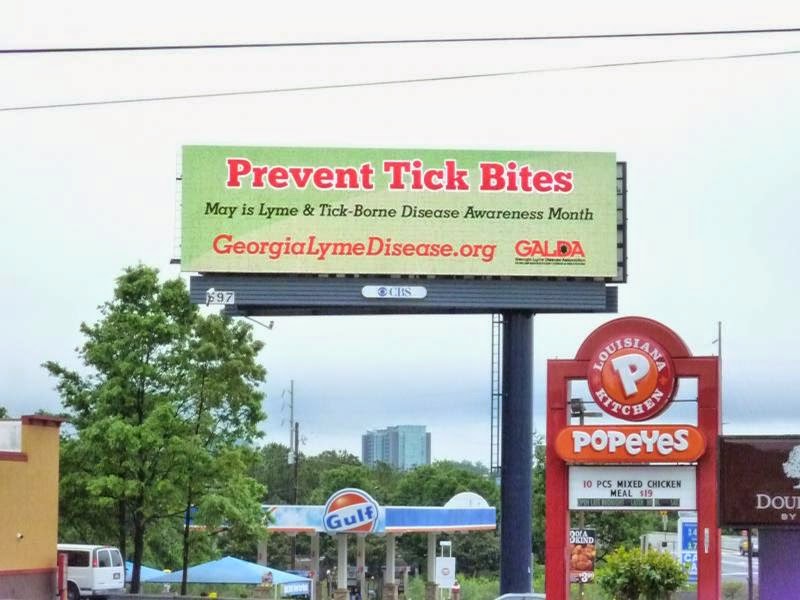